Jonathan Kreider is widely-known as a top attorney in his field. Mr. Kreider has returned to the private practice of law in 2019 after spending three years as a District Court Judge founding Kreider, Attorneys at Law. Mr. Kreider practices primarily in the areas of family law, criminal defense, and personal injury. Mr. Kreider is also a Family Financial Mediator and accepts appointments as a mediator and arbitrator.

Mr. Kreider was appointed to the bench by Governor Pat McCrory in 2015 to fill a vacancy on the court. He remained on the bench through 2018. During his time on the court, Judge Kreider presided over dozens of trials in the areas of DWI, child custody, child support, alimony, and equitable distribution. While serving on the bench, Judge Kreider sought extensive continuing education in family law. Judge Kreider completed the Advanced Family Law courses in Equitable Distribution at the University of North Carolina, Chapel Hill. Judge Kreider also attended the National Judicial College training in Financial Statements in order to further his expertise in business and accounting.

Mr. Kreider began his career defending insurance companies in personal injury cases. After two years, Mr. Kreider started his own practice where he focused on helping injured clients and representing criminal defendants. He joined a regional law firm in 2012 where he lead the firm’s civil litigation practice and opened the firm’s office in Greensboro, North Carolina. He served as the managing attorney of that law office until his appointment to the bench.

After receiving his undergraduate degree in History and Political Science with a minor in Religious Studies, Mr. Kreider attended law school at Wake Forest University. While at Wake Forest, he was the captain of the trial team, and was named to the Order of the Barristers recognizing his high honors in the art of courtroom advocacy. Mr. Kreider has also been a guest lecturer for both the trial teams and for trial advocacy courses at Wake Forest University School of Law.

Mr. Kreider has spent his entire career building a reputation as a top-notch litigator.  He has tried and won many cases, both civil and criminal, and has practiced in Federal and State courts throughout North Carolina including the North Carolina Court of Appeals. He has also contributed to briefs to the Supreme Court of the United States.

Mr. Kreider has been recognized by several publications as a top attorney in his field. He was named by Business North Carolina Magazine’s “Legal Elite,” a designation reserved for the top 3.5% of attorneys. He has also been named a Top 100 Trial Lawyer in North Carolina by the National Trial Lawyers, and maintains a perfect “10” rating on attorney rating site Avvo.com.

Mr. Kreider lives in Greensboro with his wife, Kathryn. Together they enjoy outdoor pursuits, traveling to destinations near and far, and, their greatest adventure, raising two little boys and a dog. 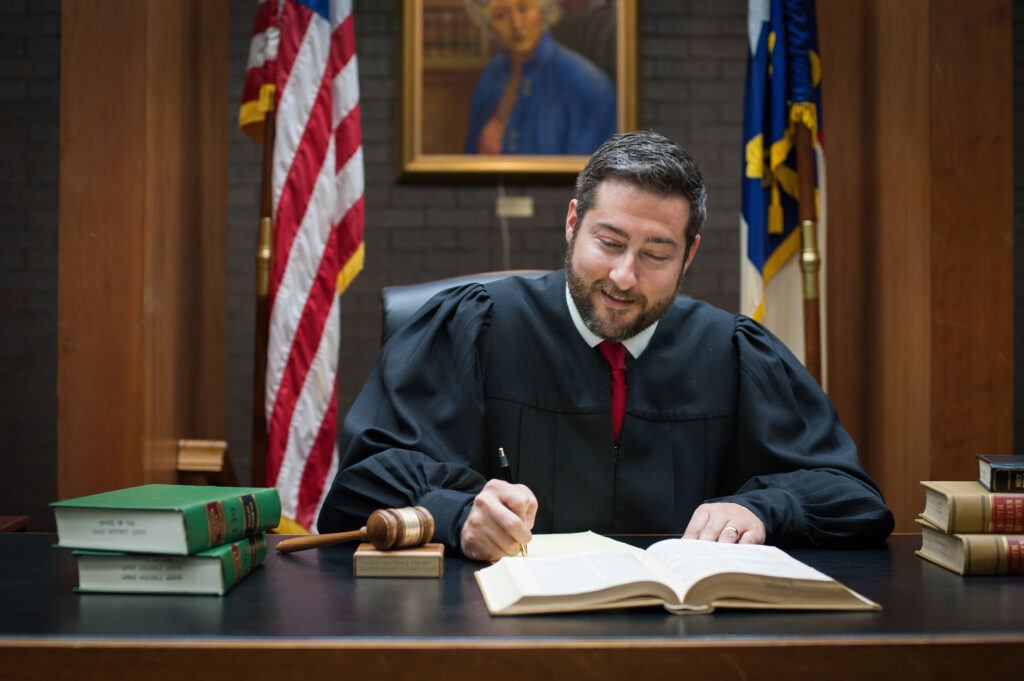 To get directions to this location, click "Directions" or "View larger map" on the map below (Google Maps will open in a new window).